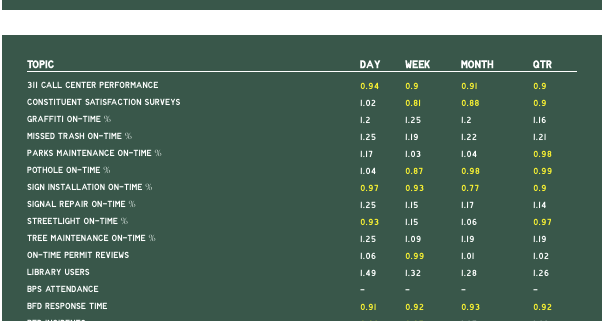 According to The New York Times, “[Boston’s] City Hall is humming with data.” Drawing on various data sources at their disposal, Boston is leading the way in being a data-driven city through the use of their revolutionary program, CityScore.

CityScore and The Mayor’s Dashboard

According to the City of Boston’s website, “CityScore is an initiative designed to inform the Mayor and city managers about the overall health of the City at a moment’s notice by aggregating key performance metrics into one number.” The tool uses a series of metrics that measure the city’s success compared to performance targets. The city is measuring everything from 311 Call Center Performance to Boston Police Response Time to measuring the rate of homicides, stabbings, and shootings. 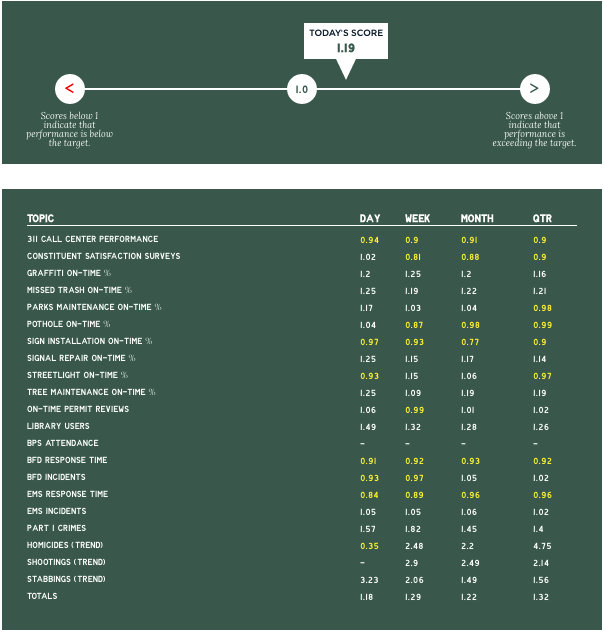 The Mayor’s Dashboards is another way the city is using data and analytics to track key measures. These measures are strategic to the goals of the City of Boston and for Mayor Walsh. “The [CityScore] team uses a set of large dashboards, mounted on the wall facing [Mayor Walsh’s] desk, to visualize what the City is doing to realize these objectives.”. 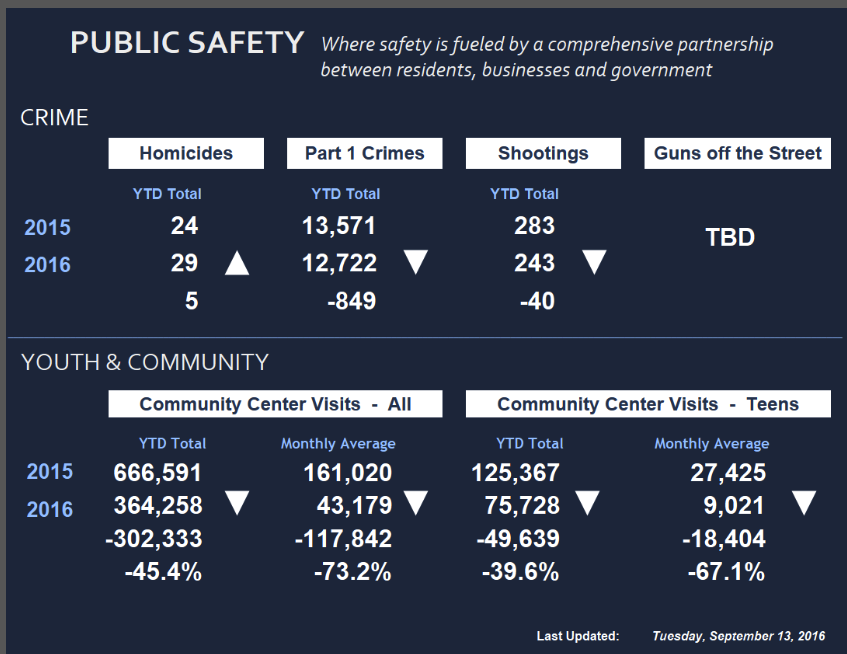 One page of Boston’s Mayor’s Dashboard

CityScore was implemented in January of 2015. In its short time in production, there have already been some interesting insights provided by the dashboard. According to the City of Boston’s website, EMS Median Priority 1 Response Time was 5 minutes and 59 seconds in January of 2015. By April of 2015, that number had jumped to 6 minutes and 11 seconds. This led to an inquiry to determine the root cause of the spike in EMS response time.

Driven by the analytics of the CityScore dashboard, it was discovered that though Boston’s population had been increasing, EMS funding had remained unchanged. Without the ability to hire more first responders coupled with more emergency calls as a result of a larger population, the City was able to prioritize EMS funding in the next budget cycle. According to the CityScore website, the City new budget enabled “EMS to train a new class of 20 EMTs and buy 10 replacement ambulances”.

While it certainly will evolve with time, CityScore is an impressive use of analytics in a space that has largely been lacking in its data-driven competencies. The City of Boston has provided the CityScore Toolkit that other cities could use for their own analytics.

We hope this trend continues as more and more industries and organizations embrace the use of analytics and become data-driven!