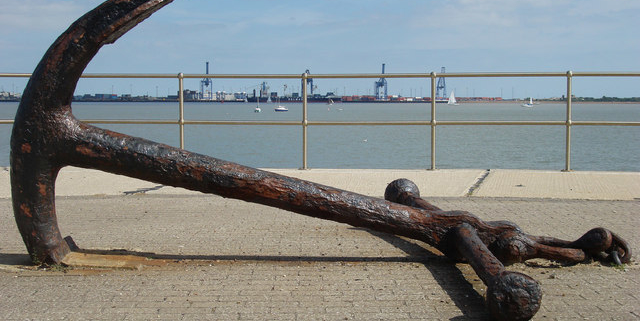 Today’s A:360 discusses some of the common pushbacks that I often hear surrounding data, analytics, and becoming a data-driven organization. In this podcast, I’ll dispell some of these common pushbacks and explain how you can overcome these misconceptions and challenges.

Listen to the Podcast

Hey everyone. Welcome to today’s A:360. My name is Brewster Knowlton, and today we’re going to be talking about the common reasons and common misconceptions that are holding you and your organization back from becoming data-driven.

One of the most common misconceptions I hear about becoming data-driven is that it costs too much money. I hear all the time that building a data warehouse costs millions and millions of dollars. But that’s simply not true for the community banks and credit unions that are in that mid-market in terms of business size.

If you’re a large company (Fortune 500, Fortune 1000 or somewhere in that scope or scale), then absolutely it’ll probably cost you that much. However, for the mid-market organizations (most credit unions and community banks) you’re not even coming anywhere near that number in terms of the initial buildout. It’s simply not true that becoming data-driven costs too much money. Especially for a data warehouse, there are companies out there (one that we partner with for credit unions is called OnApproach that have pre-built data warehouse solutions. With them, you’re not building from scratch, and it can save you a tremendous amount of money in the long run.

The next common misconception that I hear is that data warehouses and analytics projects are way too big of a project. And that’s true – if you try to do everything at once.

Would you implement a new loan origination system, a new core, a new online banking platform and merge with another organization all at the same time? Probably not. And, if you did, those would be extremely large projects to tackle at once and would probably be unbearable. Data warehouses are unbearable if you do too much at once. However, if you break it down into phases and break it down to an iterative process, building a data warehouse or building an analytics platform is not too big of a project. It simply has to be approached the right way.

Another common misconception is when people tell me there isn’t enough time to focus on analytics. They’re too busy. They can’t do it.

The average billion-dollar credit union that we work with has between 45 and 65 third-party applications. And, because of the disparate nature of this data, what that means is that there are thousands and thousands of man-hours that could be automated with a better data and analytics platform.

So, if we could get you back 5,000 hours (which has a significant time-cost associated with it) would there be enough time then? Or, think about what the value of having those people get that time back would be. Whenever I hear that there isn’t enough time to focus on analytics, that is just either a misconception or [making analytics] a lower priority.

There is enough time. In fact, you will get more time if you invest in these projects.

This next one is probably my least favorite excuse. It’s an issue that I get when discussing data and analytics with people they often say, “The way that we’ve always done it has worked, so why would we need to change? Why bother? Why should I invest in this data and analytics stuff? We’ve been doing just fine.”

In the past, that logic might have prevailed. But look how much the financial industry’s landscape has changed in just the past five years. You have peer to peer lenders. You have peer to peer payment mobile apps like Venmo. You have 100% digital banks. You have a very different landscape, and the way that those vendors – those non-traditional competitors – are successful is through an investment in analytics. And they have a lot less data about your customers than you do!

Saying “The way we have always done it works” is not going to be true in the constantly changing future environment. It requires data and analytics to be innovative and adaptive.

The last common misconception or excuse that ends up holding organizations back from becoming data driven is when they say that, “We don’t have the right culture. We don’t have a culture for using data, so why would we invest?”

That’s sort of a tautology, isn’t it? If you don’t have a data-driven culture, then you don’t have a data-driven culture. Right? It’s obvious. But like anything else, you have to develop that competency. You don’t just step into a car and automatically know how to drive. You have to learn. Therefore, as part of your analytics project, you have to take the right time to promote and grow a culture that supports, trusts, believes in and uses data and analytics. (We have a couple posts and podcasts that talk about that.)

Regardless, that cultural shift is key. Using the statement that “We don’t have the right culture for data and analytics” as an excuse to not invest in analytics presents a natural paradox. You have to grow that culture in order to make use of analytics, and every organization goes through this challenge. Nobody naturally has, unless they built it from the ground up when starting the business (see Uber, Netflix, etc.), an intrinsically data-driven organization. That is part of your analytics project, and you too can grow the proper culture to successfully deploy and leverage analytics.

Again, these are the common misconceptions or excuses that I hear for why organizations are not data-driven and what’s holding them back:

That’s it for today. Thanks again for tuning in to today’s A:360.